I feel a little badly for Staten Island. It doesn’t exactly have the best reputation, recently perpetuated further by the world of reality television. As someone who grew up in NJ, I understand how annoying it is to have people think that all of NJ is big hair, muscles, and garbage, (although my muscles these days are looking good) and I would like to redeem Staten Island of all of the above a little bit. One of the most fun summer nights I’ve had this year was indeed in this borough off of the island of Manhattan.

A few people suggested I go to a Staten Island Yankee game for my 28 Things List, but I’m counting this one as Dave’s contribution. Dave grew up and lives on SI and acted as my “Staten Island Spirit Guide” for the evening. Nicole and Kat joined us on the adventure and I have to say, I was very pleasantly surprised about how I was welcomed to Staten Island. I had driven through SI on what seems like hundreds of trips to Long Island from Delaware over the years, but I had never gotten out of my car (which is a good thing because I shouldn’t be parking my car on bridges). 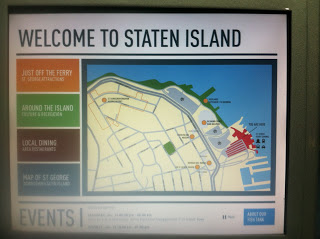 As part of the suggestion, in order to get the full experience, I had to go to a game that had fireworks and take the Staten Island Ferry there. I decided to set up a trip to the opening day game on June 19th. Nicole, Kat, Dave, and I met up after work that Tuesday around the South Street Seaport where we could catch the ferry. The SI Ferry is free and people use it to commute on the daily but it is also a nice trip for tourists to take to see the city from the sea. It’s a good view AND you can get a beer while you travel to the farthest away borough of the city. Kat and I ceremoniously shook hands with SI as we approached the dock.

The SI Yankees are a minor league team of the NY Yankees, hence the “Baby Bombers” nickname. When my dad found out I was going, he said I would be close enough to talk to them while they were playing. I told him it wasn’t like a Little League game, and he tried to convince me that I would be booing them and they would turn around and say, “Hey, Erin, I don’t come to your work and tell you how to do your job!” The stadium was definitely smaller than Yankee Stadium and we were pretty close, but luckily, the players couldn’t hear us because Kat was yelling, “You’ll never make it to the Bronx like that, pal” at a few of them. The SI Yanks didn’t play all that well in this particular game against the Brooklyn Cyclones. 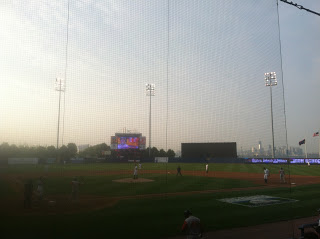 Sometimes injured Yankee players play on the team a little bit until they get 100% better and are ready to play for the majors again, but this was not the case in our game. In fact, we were surprised to find out in the program that all of the players were about seven years younger than we are. It was a shame considering that Kat and I wanted to meet our husbands that night.

One of the best parts of the game was definitely what went on in between the innings to entertain the crowd. The “cheerleaders” (if that’s even what they’re called) seemed like they were high school students on their summer jobs. But the games they played with volunteers from the audience were pretty legit. One game was called “Aww Snap” and included two fans tethered together and trying to fetch apples to put them into a bucket. Another was a woman who got to collect about 300 lotto tickets with a shovel, but we will never know if she won anything. During “Drop the Needle,” two participants had to complete the lyrics of songs that were playing and they both got them wrong but were told they got them right, which bugged me, because that is a game I would have DOMINATED. And there was a joke competition with little kids where I learned this gem – Q: Why was the broom late? A: Because he overswept.

In addition to the games, instead of the subway races on the big screen at Yankee Stadium, there was a Staten Island Ferry race for the crowd to root for. And then there was the Thriller Dance. It was remarkably hilarious.

The SI Yankee mascots were pretty confusing, I had to google them to figure out what they were and found out there were three, Scooter, Red, and Huckleberry – the last of which happens to be the name of the amazing dog my family had growing up, but he was no where to be found. And for the record, they are all cows.

After the game, the fireworks show started. I’m into fireworks and will probably never be in town for the Macy’s 4th of July show over the Hudson. My family lives at the beach at home and that’s a great vacation week, so I enjoyed seeing the show over the city, which you could see from the stadium.

When it was time to go, our group hung out in the SI Ferry station for quite some time where we were greeted by an aquarium and a reminder that although we had just enjoyed the fireworks at the game, they were illegal, as if this was some sort of foreign port back into Manhattan. 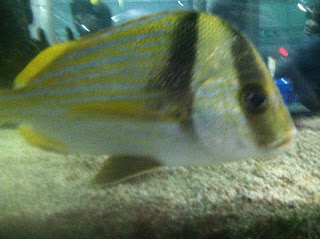 The trip back on the ferry was just as fun as our ride out. We stood at the bow of the ship this time. Kat and I were a little worried because we had forgotten our passports so we weren’t sure if we would be allowed back into Manhattan. Everything thankfully worked out just fine. 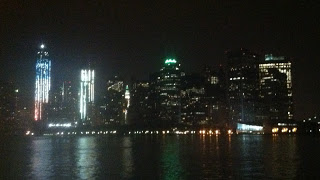