Broadway and I have a history. Two years ago, I walked the entire length of Manhattan’s Broadway over eight hours, which you can read about here. On that walk, I encountered many different neighborhoods, from the Broadway Bridge to Battery Park City. But let’s be real, what most people think of when they talk Broadway are the shows – the theatres, the glitz, and the glamour. Unfortunately, the joy of that part of Broadway can get lost because of its location in Times Square, where crowds are quite overwhelming.

Luckily, Walks of New York‘s newest tour brings this part of Times Square to you in a way that isn’t overwhelming – in a way that allows you to see past human Hello Kitty, human Elmo, and human Spiderman, past the equally annoying shoving or stopped-in-the-middle-of-the-sidewalk tourists, and past the excessive advertising. The Disney on Broadway Tour focuses on the history of theatre and performance in New York as well as specific Broadway houses and shows.

A few Saturdays ago, a friend and I had the opportunity to go on a tour with Joe, our guide, who has been on stage on Broadway three times. The other guests in our small tour group were a little intimidating – three of them from different groups were seeing a show or two a day during their respective week-long visits. I hadn’t seen a show since seeing and falling in love with Once in the fall. These people were showing me up, big time.

I was happy to discover that Walks of New York’s tour was appropriate for whatever level of Broadway nerd you were. Joe went through the history of Times Square, complete with visuals so we could compare what used to be with what was right in front of us. He talked about the good times, the hard times, and the Broadway of today. Because of Joe’s experience in the theatre, he was able to provide us with inside information about what it’s actually like to be a performer on Broadway. We walked by several theatres and learned what iconic shows were in each and were even told some ghost stories (which you know are my favorite).

Joe then took us to New Amsterdam Theatre, the oldest surviving Broadway theatre, currently the home of Aladdin. This is also where I saw Mary Poppins a few years back. The theatre historian took over the tour at that point and spoke to us about the incredible history of the New Amsterdam. The first show ever was a Midsummer Night’s Dream in 1903. The production wasn’t that good, but the theatre’s insides received rave reviews so people came from all over to see the decor. The historian spoke about the beautiful Art Nouveau decorations that were once sadly covered up completely with black paint back in the day when the theatre was temporarily turned into a movie theatre. The theatre closed in the 1980s and was in complete disrepair before the City of New York and Mayor Giuliani worked with Disney to revive the theatre and with that, Broadway, in the 1990s.

My favorite thing I learned on the tour was that there was an additional 700-seat theatre within New Amsterdam Theatre, where the Midnight Frolics (performed after the famous Ziegfeld Follies) were held in the 1920s. Ziegfeld didn’t want audience members going out into the streets and spending their money elsewhere so he created a reason for them to stay in-house. These shows were quite racy for the day and thus extremely popular, with the ticket price rising from a nickel to $5 within a few months. We were asked where we thought this additional theatre was, and no one guessed that it was (spoiler alert) *on top* of the theatre we were sitting in.

What makes this tour stand out from the competitors is the chance to see and play with props from Disney’s Broadway shows – Beauty & the Beast, The Little Mermaid, Newsies, the Lion King and more. Yes, I said ‘play with.’ I may be 30, but my inner child is still wildly at large. We were first shown the props and given insider tips about how the props and costumes came to life on the stage. For example, Belle’s friend, the bureau, from Beauty & the Beast looks a little drab in person, but with the right lighting is a perfect representation of the vibrant character we remember from the animated feature. The beast’s boots in the same show were revealed to be running sneakers made to look like boots with the beast’s paws and claws breaking through the leather. 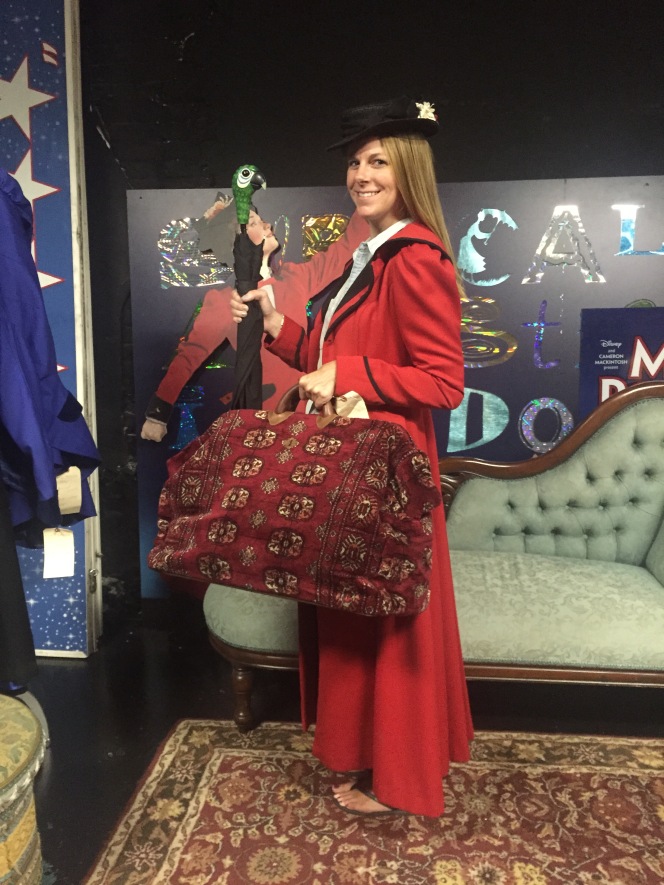 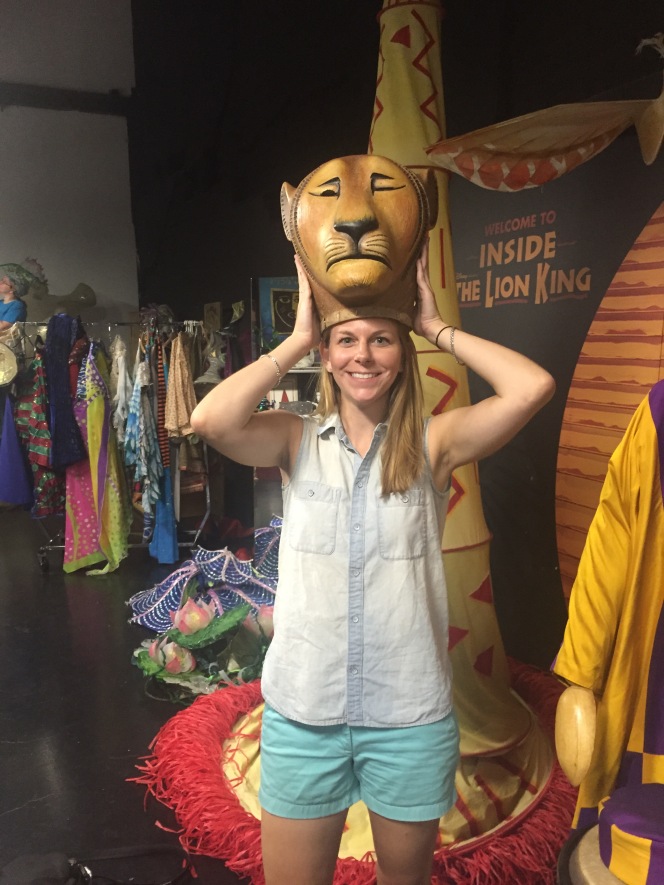 We were limited in our time in the Disney Prop Studio but we made the most of it. We wore the clothes of Mary Poppins and Bert, tried on heads from the Lion King (worth $7,000 each!), climbed into clamshells from the Little Mermaid, and dressed like birds. The lion heads were a lot lighter than I would have thought and the wings were a lot heavier and hurt my arms a little. 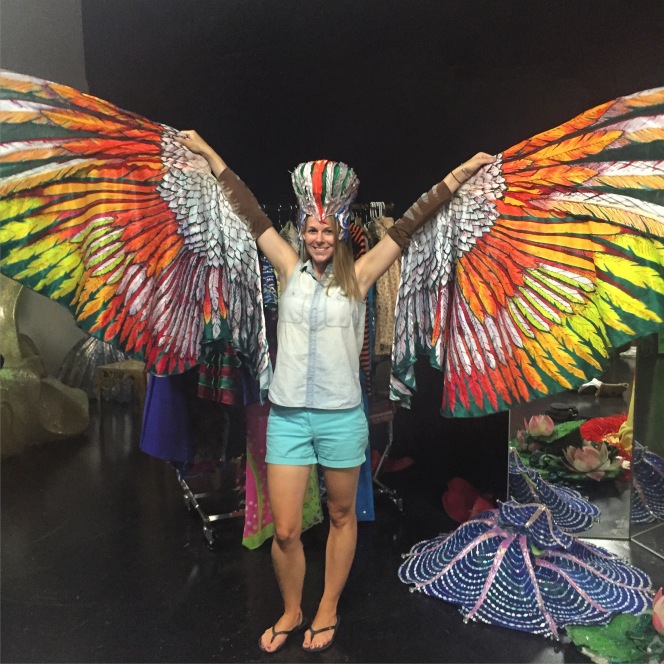 Walks of New York’s Disney on Broadway tour has not only inspired me to audition for a part in Disney’s next Broadway show (which has to be Frozen, right?!), but also to see more shows myself. While I think 6 or 7 shows a week would be too much for someone actually living here, I could certainly return to the theatre more frequently than I have been lately. Even if I have to sit in the audience.

Thank you, Walks of New York, for hosting us on this walk. At the time of this post, The Disney on Broadway experience is $72 for adults and $65 for the kiddos. Opinions are always my own.