Last weekend was my first time ever in Chicago, visiting my friend Kristyn who moved there about a month ago. I’d wanted to go several times before, including last fall, when my cousin Em ran the marathon. With my luck, of course the marathon was the same weekend as a wedding I was in. Neither party would reschedule, so I chose the wedding. Since it took me so long to get to Chicago, I knew I had to make the most of it when I finally arrived.

This is why I wanted to take a food tour with Chicago Food Planet. The Chicago food scene is intense and taking a food tour ensured I would sample much of it in a short period of time. Chicago Food Planet offers four group tour options – Gold Coast & Old Town, Bucktown & Wicker Park, Chinatown, and Lincoln Park. Kristyn and I chose the Gold Coast & Old Town tour since it would help her get more acquainted to her neighborhood.

The tour started off at Lou Malnati’s to see what Chicago “pizza” is all about. Living in New York and growing up in Jersey, I am used to thin crust and slices that you fold down the middle and eat on the sidewalk off of a paper plate. New York pizza is no frills. Chicago pizza is all frills. 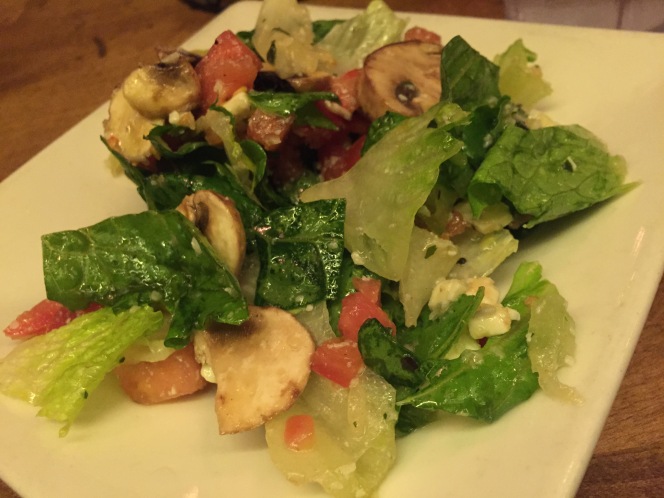 The first thing we were served at Lou Malnati’s was their signature salad – the Malnati salad – with romaine, tomatoes, black olives, mushrooms, salami bits, gorgonzola, romano, and Lou Malnati’s homemade sweet vinaigrette dressing. I’m not a big salad fan normally, but if there hadn’t been a full day of eating ahead of us, I would’ve taken down the whole plate. Since I had to save room, I only made my way through half of it. 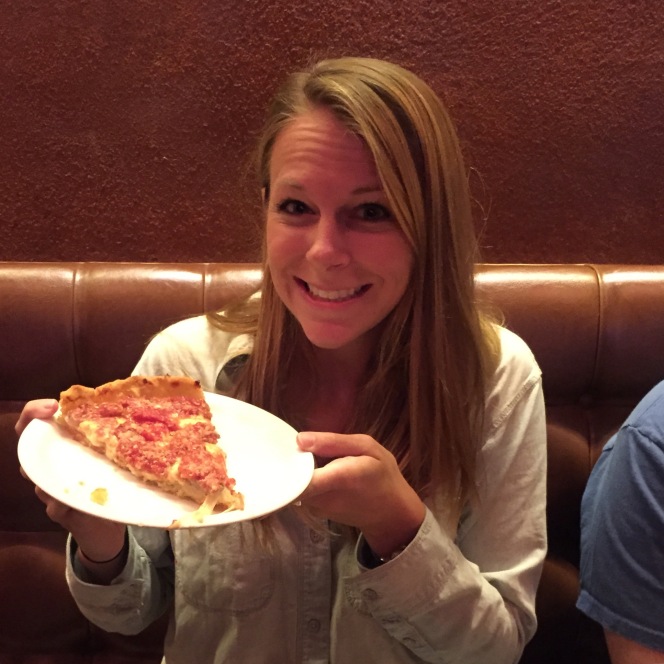 Then, the pizza came out and I was wildly excited for the buttery crust and the sausage underneath the layers of cheese and tomatoes. I cut into it, brought the fork to my mouth, closed my eyes and had an immediate flashback to the 1990s. It tasted exactly like when my family would go to Pizza Hut on Saturday nights after my sister and I had read enough books in the BOOK IT! program to earn free personal pan pizzas. I mentioned this to Kristyn and someone else at the table said, “don’t let Lou Malnati hear you say that.” For the record, I *loved* getting personal pan pizzas from Pizza Hut and I *loved* Lou Malnati’s.

While we were finishing our pizza and I was looking over my shoulder to make sure no one who worked at Lou Malnati’s heard my comparison of their pizza to Pizza Hut, our awesome tourguide Jess “dished” about the history of pizza in Chicago, Lou Malnati’s, and the difference between deep dish and stuffed pizza. Stuffed pizza is something I need to try the next time I go to Chicago, that’s what Giordano’s is famous for.

The tour then stopped in a number of specialty food shops. At Tea Gschwendner, a loose leaf tea shop from Germany, we enrolled in Tea 101. My sister has an entire shelf in her cabinets dedicated to tea, but I’d never thought too much about it, aside from knowing that sleepytime tea gives me nightmares and chai tea lattes give me patience. I had no idea that the four true tea varieties (white, black, green, and oolong) come from the same plant and are simply at different levels of oxidation.

At Old Town Oil, we sampled what felt like a thousand different types of olive oil and vinegars – with baguettes fresh from La Fournette bakery – including walnut, lemon, garlic, blood orange, olive oils and red apple, pomegranate, tangerine, and strawberry balsamic vinegars. My favorite was the tuscan herb olive oil for sure. 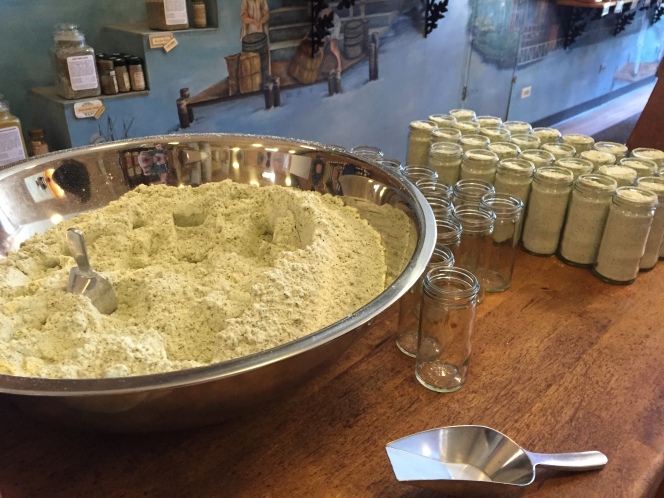 The Spice House could be smelled from down the street and I could have spent a lot of time in there trying out all the samples. If I lived in Chicago, I think I’d cook a lot more than I do in New York, just because of all the rubs and seasonings they have that would enhance a simple piece of chicken, which is basically all I can make. I know you’re thinking that I could certainly find a spice store in New York, but that would take a little googling. Just like with the tea, I’ve never given any thought to how things like pepper and cinnamon just appear on our kitchen tables. Jess took us to the garden to share the stories of some of our favorite spices and for taste tests of different varieties.

At the Fudge Pot, our group had the opportunity to go behind the candy counter which is every kids’ (and travel bloggers’) dream come true. While most candy shops these days just buy their goods wholesale, the Fudge Pot makes all their candy in-store. What’s really cool about this family business is that it was started by the folks who created the original Three Musketeers bar for Mars. We tried their most famous candy, the toffee, and it melted in my fingers and mouth and all was right with the world. 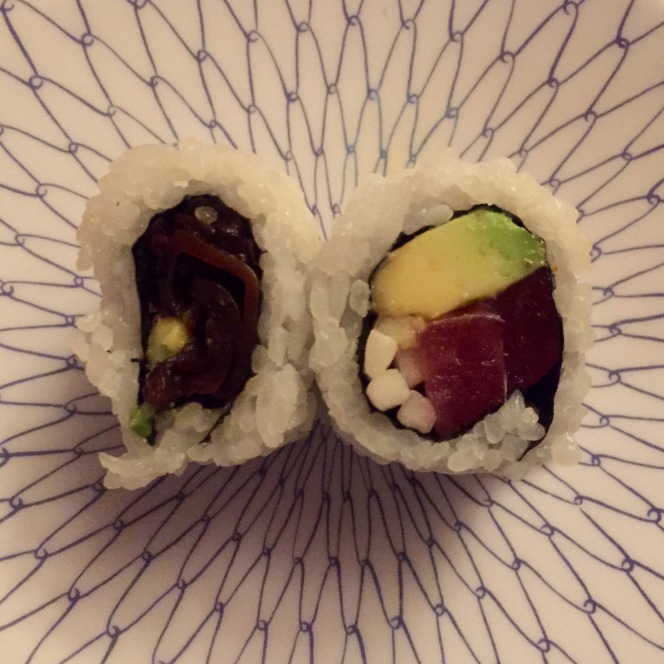 We also went to the first sushi bar in Chicago, Kamehachi and tried their spicy tuna roll, a shiitake mushroom roll, and hot sake. Many other folks on the tour had not had sushi before, but I have it a few times a month, so this stop was no shock for me. What was a shock to me was how many people didn’t want to even try it.

We ended our tour at Delightful Pastries where I expected to have a sweet treat, which we did receive by way of French macarons, but where I didn’t expect to have two of the best pierogis I’ve ever had. We were served a mushroom and sauerkraut and a potato pierogi and I surprisingly wanted seconds on the pierogis before the macarons, which are typically one of my favorite treats.

Thank you, Chicago Food Planet, for hosting me on this tour. At the time of this post, the Gold Coast & Old Town tour is $45 for adults, $48 on Saturdays, with discounted prices for the kiddos. Opinions are always my own.