As my cousins and I have been texting back and forth all week about where we  need to eat on our trip to Austin this upcoming MLK weekend, I realized I am a little delayed in writing about our food adventures from our last cousin’s trip in the lovely town of Charleston, South Carolina.

While we had amazing meals at some of the most well-known restaurants in town – Husk, Hominy Grill, Pearlz Oyster Bar, to name a few – there was one place that stood out most to me. That one place enters my thoughts weekly, an entire year later. That one place is Martha Lou’s.

Martha Lou’s was recommended to me by my friend Kristyn who had just been to Charleston a few months back. She let me know it was a “hole-in-the-wall” – a bright pink trailer on the side of the road serving traditional southern food with zero frills. This all made me so excited. I don’t need frills. 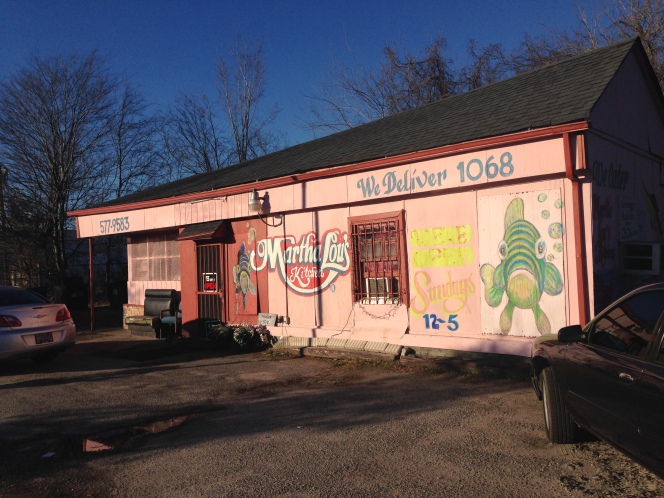 Martha Lou’s lived up to my every expectation, even after our cab driver scoffed a little when we asked him to drop us off there. We arrived around 2 and had our reservation at Husk later that night, so this stop was really meant to be a snack. After we saw the handwritten menu, we ordered two plates of fried chicken and one plate of the BBQ ribs, with sides of macaroni and cheese, cornbread, candied yams, collard greens, and bread pudding. Some snack, huh?!

If this does indeed count as a snack, this may be my most favorite snack of all time. When I started eating I became completely silent aside from the every-minute “Mmmmm” that I didn’t even notice I was doing at first. It was uncontrollable and I’ve been teased for it since. The breading on the fried chicken was the exact right amount of salty and crunchy, the chicken inside juicy. The ribs were so tender. The candied yams were probably pure sugar which I had no problem with. The bread pudding, which I’d never had before, was incredible. I liked the cornbread too, more than the other girls who had the gall to claim that I didn’t know good cornbread. 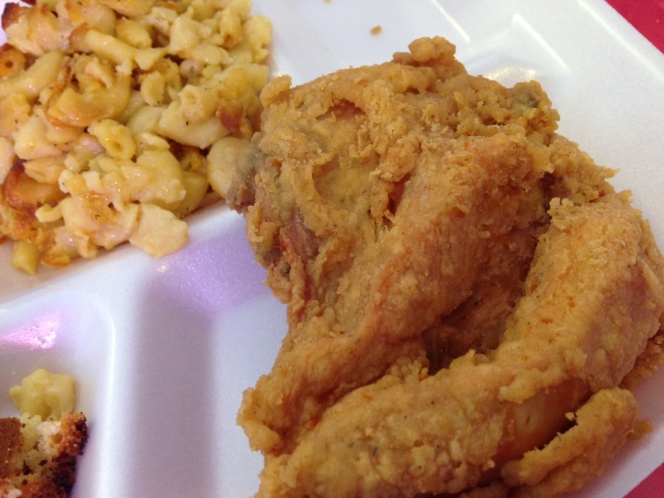 My cousins are constantly teasing me about how little I am able to actually eat compared to the rest of them. I am always filling my plate on holidays and only making my way through half of it. So they were astonished that I was the last one eating this meal once everyone else had had their fill. I even dipped my finger in the candied yams sauce so that not a single bit was wasted. Like I said, I don’t need frills.