December in New York usually stinks weather-wise, so when I had the opportunity to head to Los Angeles that month, I jumped on it. By the time my trip came around, it wasn’t that cold in New York, but I was still happy to be heading west for a few days. With all my dreams of being an actress/singer/gameshow host (without working toward these dreams AT ALL), you’d think I’d have been to LA at some point, but I’d only previously been to LAX for a few hours before flying to Hawaii.

After hopping off the plane at LAX with a dream and my cardigan, I checked into my hotel in Marina del Rey and walked over to In-N-Out Burger for a very late lunch. I’m sure you’re all familiar with this west coast burger chain that rivals Shake Shack in popularity. I’d had a burger (animal-style of course) six years prior in San Francisco and had been thinking about it since, but I was dissatisfied this time around. This could have been an anomaly, or it could be that my taste buds are too refined (jk I eat McDonald’s ALL THE TIME), or maybe it’s just not as good as everyone pretends it is. I didn’t even eat half of the burger and let’s be real, the fries are garbage. Sorry, not sorry. 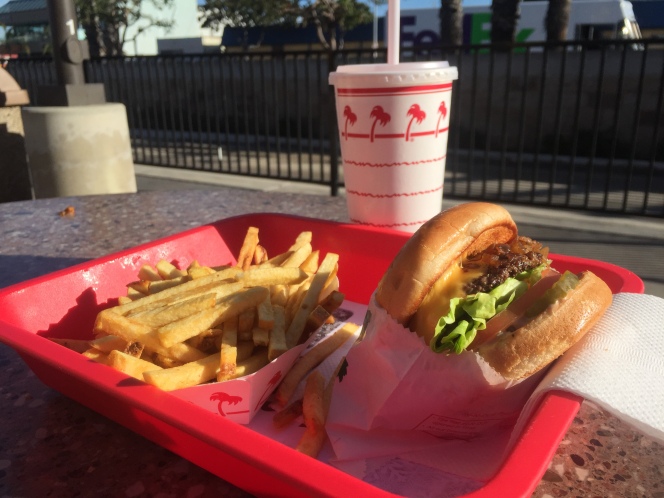 It had already been my plan to head to Venice Beach after lunch, but I needed it even more after my disappointing burger. I plopped myself in the sand, popped in my headphones, and started looking around. It wasn’t too long after that the sky turned orange. Since I’m normally on the beach in the summer, I imagined the sunset would be a little later, but the sun was already under the horizon before 5. Damn you, winter. But DAMN, that sunset. 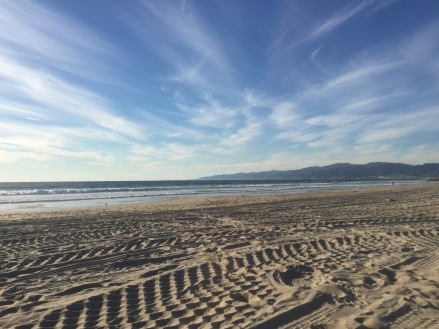 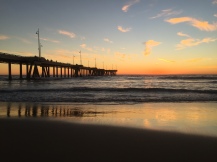 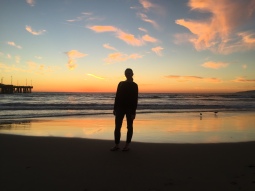 After the sunset, I walked along the Ocean Front Walk which reminded me a teensy bit of the Ocean City Boardwalk but more like the Wildwood one. I bought a dope sweatshirt with an octopus on it because (1) I was chilly and (2) it had an octopus on it. I also treated myself to an ahi-tuna poke bowl at Poke Poke for dinner. It was incredible and way better than In-N-Out.