So many of us call ourselves explorers. But we depend on Google Maps, Rick Steves, GPS, TripAdvisor, and Yelp. The explorers who set off from the coast of Portugal in the 15th and 16th centuries had none of those resources and accomplished so much more than finding the most delicious sandwich in New Orleans or the greatest bar in Manhattan. These explorers deserve some sort of recognition beyond the two-page spread showing their sea routes in your 5th-grade social studies textbook. They deserve the district of Belém, in Lisbon, Portugal.

The sprawling Monastery of Jerónimo was built to thank these explorers and replaced a small chapel where seafarers prayed before heading out on their journeys. During the Age of Discovery, Portugal dominated the seas. Voyages brought back cinnamon, sugarcane, pepper and other spices, plants, ivory, and diamonds, among other foreign goods. Portugal was making it rain.

The limestone church, in all of its ornate, Manueline glory, is home to the tomb of Vasco da Gama, credited with discovering the sea route to India. Pay extra for entrance to the gorgeous Cloisters. Experiment with your new selfie stick.

The Maritime Museum in the west wing of the monastery has about 1,000,000 (my own estimate) old maps, globes, and navigational tools – of course I was obsessed. How exciting it must have been to live in a day where the world still had so many unknowns and uncharted areas. 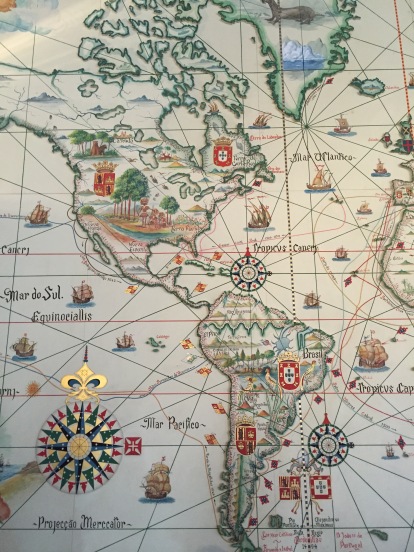 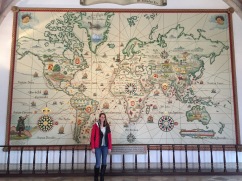 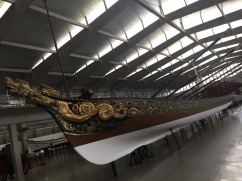 Closer to the shore, but just a quick walk from the monastery is the Monument to the Discoveries, a huge tribute featuring famous explorers (including da Gama, Ferdinand Magellan, and Bartolomeu Dias), and their financiers gazing out to sea while on a sailing vessel. Nearby, a gorgeous marble map below your feet tells the story of Portuguese exploration and depicts the sea monsters the sailors may have imagined they’d encounter along the way.

Elsewhere in Belém is the way-more-interesting-than-expected National Coach Museum, where you’ll find ridiculously extravagant vehicles used by royalty as far back as the 1600s. Some of these carriages were full-service, as in…there were holes under the cushions so passengers could go to the bathroom while being shuttled through the countryside. 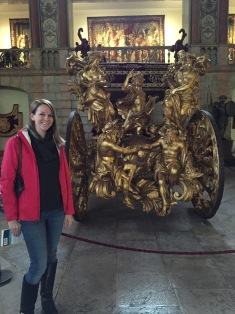 If that last part didn’t gross you out too much, one more place you must explore is Casa Pastéis de Belém. I’ve written about the pastel de nata before, because it was 1 of 1,000 things in Lisbon that was yellow. As I mention in that post, Casa Pastéis de Belém is known as the birthplace of the pastel de nata (aka pastel de Belém). This egg-custard pastry with a flaky crust MUST be eaten at least twice a day if you are in Lisbon. It is worth crossing oceans for. Da Gama would have done it.