Posts I Wrote This Month:

Elsewhere on the web, I was interviewed in the Five Travel Questions Interview on Elite Travel Blog and also contributed to this fun post on Jet Set Brunette about The Absolute Worst Travel Advice.

In other blog news, I’ve started to dabble in a little Snapchat. I’m not entirely sure I get it yet and I definitely can’t tell if I’m being funny or just annoying, but if you’re interested, check me out at MilesBehindMe10 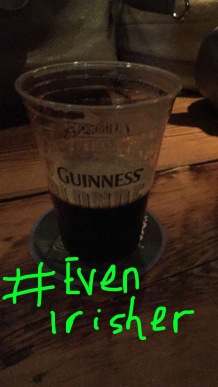 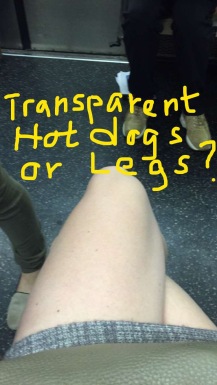 As long as we’re on the topic, have you followed my other social media accounts yet? Wink, wink, nudge, nudge..

The best thing I did all month (all year? all life?) was go on a pilot trip with Fathom to the Dominican Republic to volunteer and become involved with community projects in Puerto Plata. I’ve written a little about the experience here and here, but there’s more to say and more posts to come. I am excited to announce that I am returning with Fathom to the DR on a full cruise in June and I am bringing my sister Katie along! 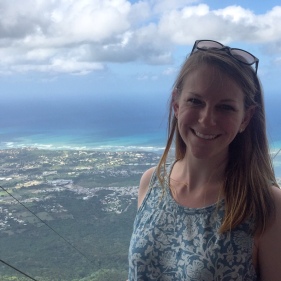 My Fathom trip meant so much to me and I can’t wait to share the experience with Katie. The volunteering portion was huge for me, because I’ve wanted to volunteer abroad forever and being so happy while I was in the DR validated my plans to do much more volunteering abroad in the future.

I also want to take a moment and mention that the people on my trip were absolutely fantastic and I know we will be friends for a very long time. I already met up with one of my new friends, Wendy, last Friday, here in the city at Jacob’s Pickles and the Meatball Shop. The group included fellow writers, Nedra (of Adventure Mom Travels), Shalee (of Shalee Wanders), and Lisa (of Joyful Surf Mom). Kristie and I were meant to meet at some point because she lives in the town I grew up in and goes to the same beach as we do in the summer. Barbara, with her awesome Beauty and the Beast embroidered shirt, unbelievable stories from Colombia, and one-liners you would never expect, is an inspiration to us all. I was so lucky to meet these ladies and the other wonderful group members. These people made the trip even more memorable and meaningful. 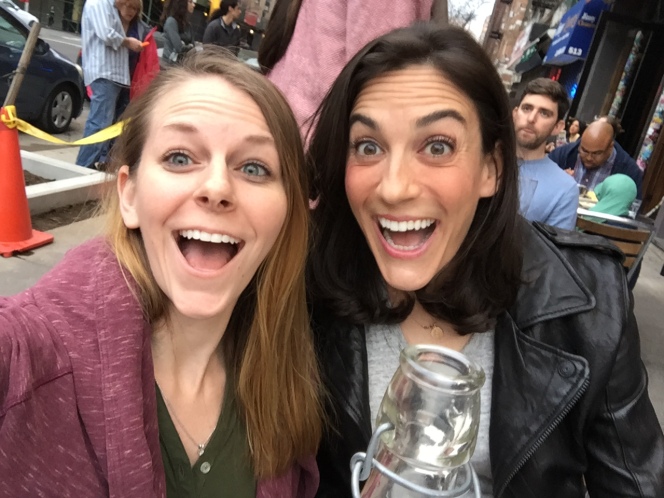 This month, the third annual Women’s Travel Fest was held in the beautiful Angel Orensanz Foundation building and I attended for the entire weekend. I met so many amazing women (including members & the founder of Girls Love Travel, a Facebook group of 30,000+ women who love to travel and support each other) and was so inspired by the programming, ranging from stories, photos, and stories of the photos from Annie Griffiths, the first female photographer for National Geographic, to workshops on how to ditch the 9-5 and how to travel on a shoestring.

My absolute favorite part of Women’s Travel Fest was the Ted-Talk-like speech from Miki Agrawal, Co-Founder and CEO of Thinx, the “underwear for people with periods” that you may have seen advertised on the NYC Subways. It’s underwear that can be used as a backup or alone during your period, made of a slightly thicker, washable, Spanx-like material. It’s not like wearing a diaper or a pad, for those skeptics out there. Thinx is an interesting concept for sure, because tampons & pads are not good for your bod or for the environment.

The thing I like best about Thinx is that with each pair sold, a girl in Uganda who would normally skip a week of school each month is provided with her own version of period protection – reusable, washable pads from Afripads, a company that employs local people in Uganda. So yes, I did buy a few pairs of Thinx and if you want to talk to me about them, I will share my experience. If you’re interested in trying, here’s my referral (give $10, get $10) link. If you think the female cycle is gross, GET OVER IT. It’s something that affects 50% of the population and is the reason you are all on this earth and in some parts of the world girls are shunned, hidden away, or prevented from going to school for it and that is just not okay. #endrant.

I attended a Travel Mini (an off-shoot of Travel Massive) event with Marie (of One Carry On) to learn how to make effective travel videos. I can’t promise anything, but I might give it a shot on my trip next month to the Guadeloupe Islands. Don’t hold me to the fire. Katie (of Stories my Suitcase Could Tell) and Karissa (of Which Way to Somewhere) and I met up at David Farley’s final “Restless Legs Reading Series” in the city and then went for a night on the town (to Otto’s Tacos and Booker and Dax). All four of us went to the Young Travel Professionals event at the Dream hotel in Midtown on Tuesday night for some dreaming and scheming.

Erin (of The World Wanderer), Prachi (of Leave UR Mark), and some other (awesome) Leave UR Mark alumni, and I met up one Sunday for what was intended to be a “Chai Crawl” of New York City, but really just involved one cup of chai, Kati rolls, dosai, Indian desserts, and hours of laughter.

I spent St. Patrick’s Day with one of my favorite fellow Irishwomen, Kater, drinking Guinness (for me, for the first time since my Chicago beer tour in the fall). I had many a lunch with Aubrey, caught up with Kristyn, in town from Chicago, met up with Jeff (of Adventures in Culture) at Cafe Grumpy, of Girls HBO fame (though this one’s in Chelsea), and made apple and (out-of-season) pumpkin pies with Nicole. I met up with my best former coworker Carrie to eat soft pretzels and fried chicken in the (kind of) new UrbanSpace Vanderbilt food court. I had a work lunch at Sadelle’s which is getting a lot of attention lately, but we won’t return. Salads are $24 and their grilled cheese on a bagel is cute, but is $12 and worth $4. 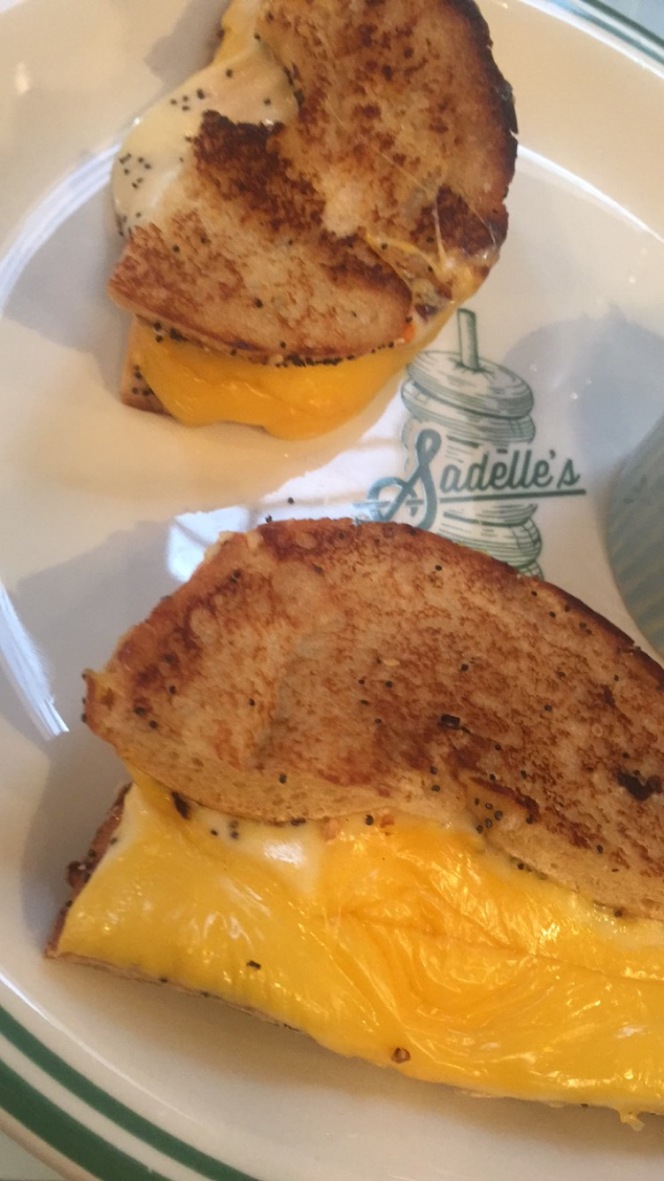 This past weekend, I went to home base (Mom Mom’s house) to see the family for Easter. The weather allowed us to spend some significant time outside which was great for our spirits but bad for my allergies. 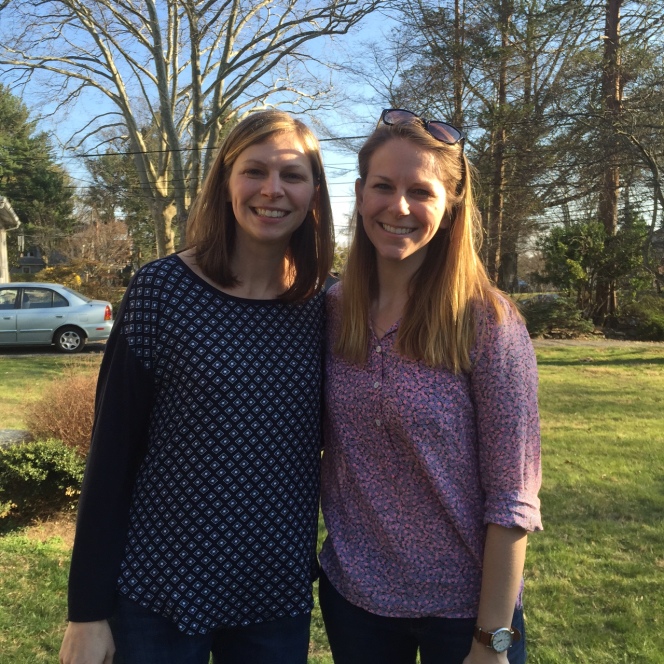 We participated in the second-annual Easter Egg Crack Attack where I was taken out in the first round by a 3 1/2 year old. We used Snapchat’s face-switching filter a little too much and scared ourselves in the meantime. We played Dutch Blitz, just like last month, and a few rounds of Code Names, during which my cousin Jake was very annoyed with my astute analytical thinking. He was probably just mad that I’m leading the family March Madness bracket, despite choosing my teams about four minutes before the deadline.