Oh, November. Oh, November 2016. How things have changed. A week in Bangalore, two weeks in Goa, and one week back home in South Jersey. I still feel like I’m adjusting to being home, even though it’s been over a week already. It was not a normal week since it had Thanksgiving, unpacking, and jetlag, so I’m allowing myself this adjustment. This means I’ve been spending a lot of time snuggled up in bed or on the couch or on the floor with the dog in my lap. But I’ve also been doing a TON of work, so look forward to more regular posts instead of “when I get to them” posts on this site.

Posts I Wrote this Month:

If I’m being honest, and please know that I’m always honest here, the US election results have affected me a lot, as I wrote about in this post. My newly-found, relaxed, “everything is fine” attitude of the last few months since leaving the corporate world is out the window. I’m a little on edge and I become anxious quickly. I can’t stop thinking about it, and I’m still sad about it, because this isn’t the way our country is supposed to be. And for those people who are itching to tell me, “get over it,” I’m frankly concerned that some people are just fine with the hatred that is showing itself right now. I’m looking around for something that I can do here in South Jersey to help, but I’m not sure what that is quite yet.

But politics and my soapbox aside… 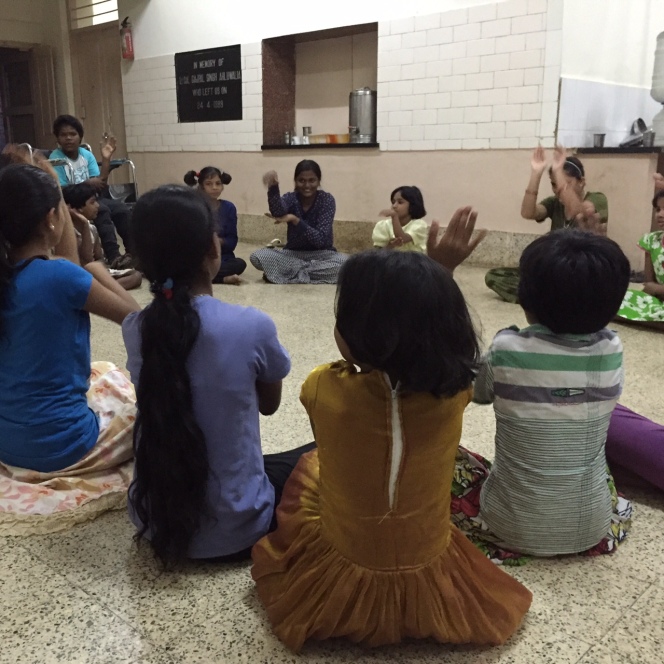 When the month started out, I was volunteering with Leave UR Mark in Bangalore, India. I’d finished my week with Arth Ayurveda (which I wrote about in this post) and I was spending time in a home for girls. I was focused on hanging out with one girl in particular. She’s often left out of things so I tried to include her and help her realize she has a lot to offer. When the other girls wanted me to play games with them, I made sure to introduce games that this girl could be a part of, as an attempt to set a trend where she’s included more. There’s only a little you can do in such a short amount of time, but I hope my time there at least did this. If I find myself back in Bangalore, which I hope is in the cards, I will absolutely spend more time with these girls.

It was also important to me to get out of the city a little bit and travel like I’m used to while I was in Bangalore. I hadn’t done that in my first few weeks aside from a morning trip to the dance village of Nyritagram. Lauren, another volunteer, and I went on a few whirlwind daytrips. We woke up early to watch the sunrise over Nandi Hills, played with lots of puppies, saw lots of monkeys, and explored. We woke up early again to take a bus to Mysore for the day to explore the palace and eat even more dosa than we’d already had. We woke up early yet again to take the train to Yelagiri Hills after picking it out of a hat and knowing nothing about how to manage once we arrived. I’ll have posts about each of these daytrips in the coming weeks if all goes according to plan.

I did a few more things in Bangalore that I’d wanted to fit in, also with Lauren – ate way more dosa than I ever needed, visited the Botanical Gardens, tried out some of the bars, got chased out of one of the bars by a drunk gentleman who wouldn’t leave us alone, and ate a traditional Rajasthani meal with one of our friends that was cooked by his aunt and eaten on a mat on his floor, and then took his motorbike home. Suddenly, it was time to fly to Goa.

I was in Goa to help Leave UR Mark out with the Goa Department of Tourism’s #escape2goa project, with Arth Ayurveda (who I worked with in October) as our health partner. 15 big-time bloggers and the staff from Leave UR Mark spent ten days learning what Goa is all about. I *highly* encourage you to check out the #escape2goa hashtag for some absolutely gorgeous pictures from our talented photographers. Goa is typically known for its beaches and its parties, but Goa is SO MUCH more than that as you can see on Instagram. I will be writing a little about my experience here as well.

I stayed in Casa Menezes, a wonderfully comfortable homestay that actually felt like home to me for a week. I spent time with the food bloggers, so we went to beachfront restaurants, a spice farm, and a cooking class, but we also did other non-food-related activities with the rest of the group. We hung out on the beach, did tons of yoga, visited forts and churches, rode bikes around small villages, went out on boats, and made art with children for Children’s Day with Leave UR Mark.

Then the morning that I left, I did something I didn’t think I’d ever do because of my fear of falling. I thought I’d be there just to take pictures, but at the last minute I decided to hop in a hot air balloon. Turns out when you have just thirty seconds before takeoff of knowing you’re going to be on it, it’s way less scary. While I know there have been safety incidents, so do what you’re comfortable with, the ride was incredibly smooth and was the best possible thing I could have done on my final morning of being in India.

I spent time with so many incredible people on the #escape2goa project and have been messaging some of them nonstop since I’ve been back. I learned a ton from the others on the trip by observing their photography and their coverage and communication of our time there. I can’t wait to use what I learned on future trips.

I left Goa a little early so that I could get home in time for Thanksgiving. My flights weren’t terrible and I was so tired from waking up early for the hot air balloon ride that I slept pretty well. Thanksgiving is, and always has been, my absolute favorite holiday. It’s the only holiday that we host at my parents’ house for our family so it’s important that I always try to be there, especially this year after being away so long. It was also special as it was the 30th year in a row that we hosted. I worried that I wouldn’t be awake for it, since I figured I’d be jetlagged, but at least I’d be home. It turned out I was awake and got to enjoy it all – lots of appetizers, lots of sides, lots of catching up, and lots of laughter as we tried to recreate an old family photo. And yes, I did wear my kurta from India. 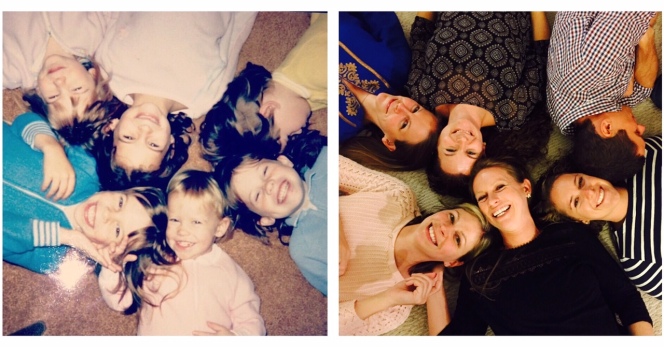 We spent more time together as an extended family that weekend. I taught two of my uncles all about Instagram. I started a new Instagram account called @straydogsoftheworld because I wanted to do something with all of my pictures of stray dogs in beautiful places. I went on a walk with my dad across the bridge from Ocean City to Somers Point. I had to stop early because my foot is still injured from playing barefoot soccer on a beach in Goa with some local children three weeks ago. I met up with a friend from home and from NYC for the first time since she moved away to London in July, the same month that I left the city.

Until I start traveling again and hopefully find more good to do abroad, I’m going to try to find some good things to do here in South Jersey. I’ll let you know how that goes.

If you, like I am, are in the mood to help others right now, Sundara, the organization I worked with in Myanmar, is running a campaign to establish a soap center in Pune, India. Please donate here if you have some extra cash and want to do a good thing with it. Your money will go farther in India than in the States, so even a little bit can help.

I was in Goa, India to work on the Goa Department of Tourism’s #escape2goa project. Opinions are always and forever my own.

{Thanks to @andrew_talty90 for the photo of me and my new friend during Children’s Day (& sorry for cutting you out of the group pic because of it having to fit into a square), @theworldwanderer for the photo of me in front of my favorite color building & @megandcook for the photo of me making chapati in my chef’s hat! Other bloggers you’ll see in pictures in this post are @kirstenalana, @thetraveltester, & @plus_une_miette.}