Even though I’ve already posted my 2016 Travel in Review post, it would be neglectful for me to not post a December 2016 recap, since my monthly recaps are something I’ve kept up since January. I didn’t visit any new places in December, but I still saw lots of friends and family, and that’s important. 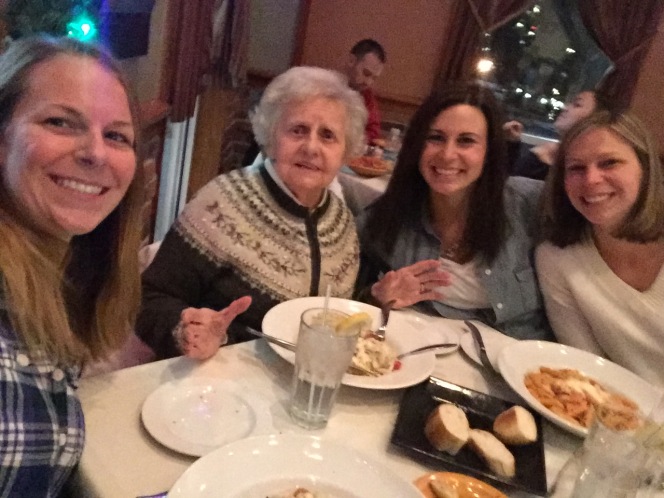 Posts I Wrote in December:

This month, in a year where I’d been out of the country 25% of the time, my only travel was between my temporary home in South Jersey to the NYC / Jersey City area to see friends or to the Trenton area to see family.

In the beginning of the month, my dear friend Caitlin (<= food blog alert!) and her husband and dog hosted a holiday party in their new apartment. All my girlfriends in this particular friend group from college were together for the first time in over a year, and though we’ve seen each other separately in that time, being together was really special, especially since I was still adjusting to being home from India. 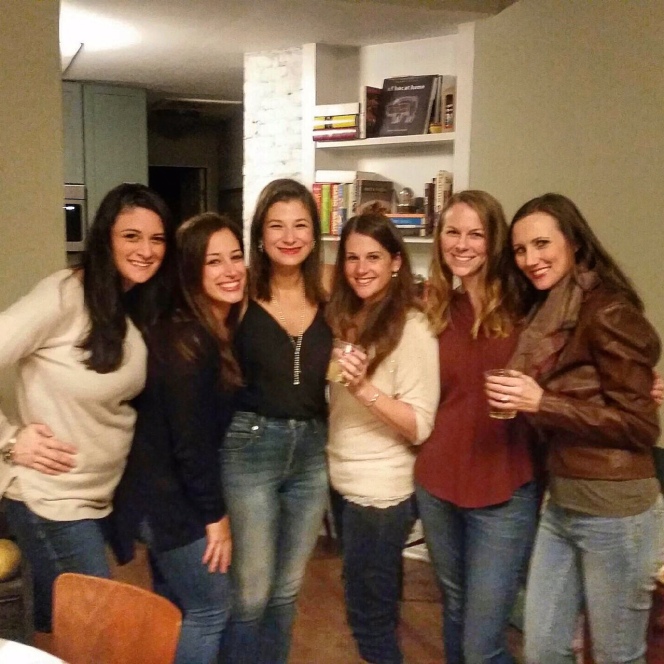 That week, I also got to catch up with some of my old coworkers who all said I looked so happy and relaxed. I do feel that way these days, but was probably just because I was wearing chambray and jeans where they all still looked business-y from work. I also attended my first Travel Massive event since July, where I loved catching up with my traveling friends. It was there that an idea sparked for the first leg of my February adventure – more details to come. 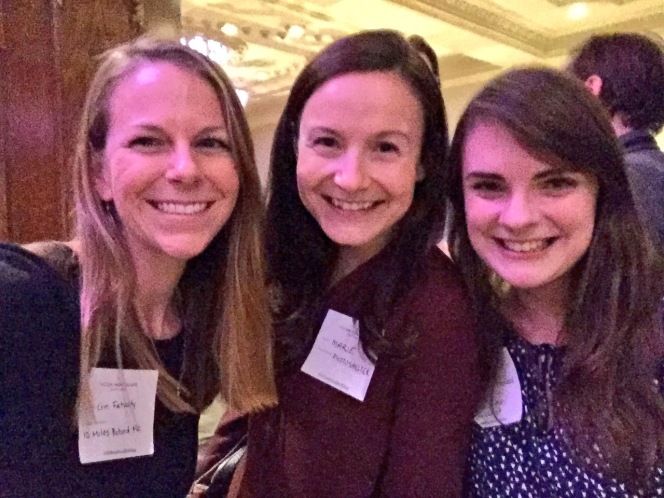 I was in the city two weeks later to see even more of Caitlin, Tyler, and Jackson and also to spend time with Nicole, George, Traci, and a friend I’d met during #escape2Goa. The weather wasn’t great but the company was. I also hung out with Erin from Sundara, the organization I worked with in Myanmar, and her cute pup, Yoshi. 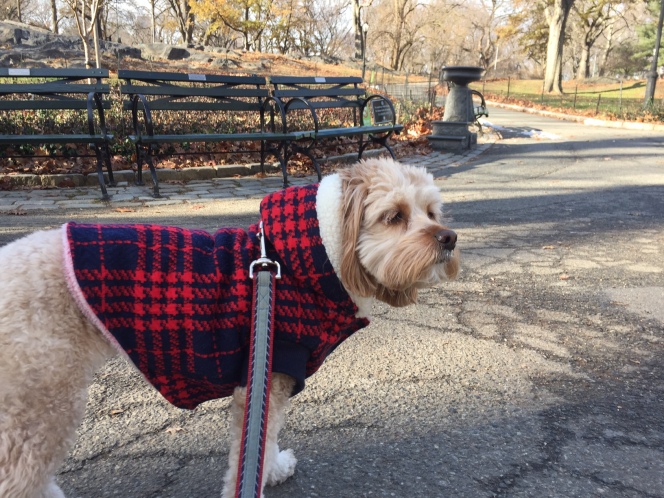 For the holidays, as we always do, my family of four celebrated on Christmas Eve and then went up to “home base” – my grandmother’s – on Christmas morning. We met up with the rest of my dad’s side of the family for charcuterie, drinks, dinner, and a gift exchange. Later that evening, we also visited my mom’s aunts and my mom showed off her ancestry.com research. We discovered this year that our ancestry includes someone who was assigned to a government position by Peter Stuyvesant himself in New York City, when it was known as New Amsterdam. I’ve been saying that finally explains why I feel so connected to New York.

I went up to New York one more time for the New Year, visiting Nicole and Dave in Astoria. We rang in 2017 with the best burger in Astoria, really good tacos, champagne, baked brie, buffalo chicken bread, mozzarella-stuffed meatballs, a walk with a beabull (beagle-bulldog mix), sculptures of Christopher Walken’s head in Socrates Sculpture park, bagels, and Mariah Carey’s legendary Times Square performance, a metaphor for 2016.

And while there were plenty of days I binged on Gossip Girl and Instagram this month, I also had some adventures at home. My oldest friend, Jessica, was home in the middle of the week right when I needed her to be. We went to the Ocean City boardwalk and one of our old stomping grounds for lunch. I went to a holiday sing-a-long bonfire of some family friends and a holiday party of some old neighbors and caught up with some people I hadn’t seen in a very long time. My mom and I took the dog on the beach and had a nice lunch at the Lobster House in Cape May. We took my dad along to a brunch at the best diner in the universe. My sister and I went to an Indian supermarket and I could not get the smile off of my face when I saw all my favorite things that I’d been missing. We made masala dosa for Christmas Eve breakfast and pasteis de nata from Lisbon for Christmas dessert. 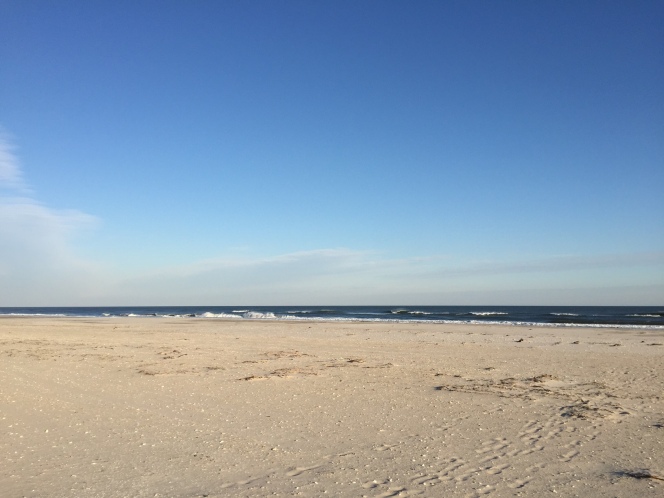 I have one more month in the states before I head off again. It will be mostly filled with a few more trips up to New York and travel planning for my adventure in February. I’m excited to share my plans with you, but I have to finalize everything first because I don’t want to jinx it all. The month will also be filled with me catching up on some writing from trips to Myanmar, the US Southwest, and India. I took these trips right in a row and I needed time to reflect upon each experience. Plus, I needed to save some content for 2017 because while it’s one of the things that makes me the happiest, no one wants to read blogposts about me and my dog chilling together.