I don’t think I’ve ever spent less time planning for a trip as I did when I traveled to Lagos in the Algarve solo after spending time with my family in Ireland. It wasn’t until a week before I left home that I finally booked my flights and Airbnb in Lagos and that’s because before it was a trip to Portugal, it was a trip to Scotland, then a trip to Wales, and then a trip to Norway. I’m so glad that none of the other trips ended up working out and that I settled on a few days in Lagos. But trust me, I was not “settling” at all. Lagos is an incredibly beautiful destination with a party vibe that reminded me of a fun Jersey Shore resort (think Sea Isle City) except with charming centuries-old buildings and winding, cobblestone streets. Here’s what I recommend doing on your own trip to Lagos:

Have a West Coast Adventure 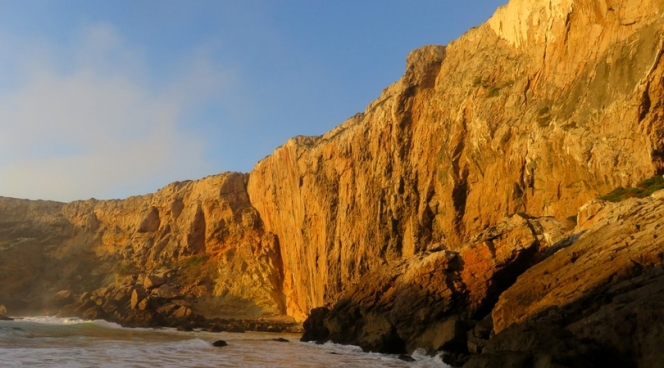 If you do one thing on your trip to Lagos, make it a tour with TJ of the West Coast Adventure Company. If you’re athletic in the way that you walk to the subway in the mornings, run three times a year, and do yoga when you feel like it, it’ll be challenging and push you to your outer limits. You’ll travel from Lagos for an all-afternoon and evening adventure to the gorgeous and dramatic western coast of Portugal where your feet will take you quite literally off-the-beaten-path. You’ll watch the sunset on the rocks in a place that was known as “the End of the World” for centuries before Europeans realized there was more out there. To top it off, TJ will cook you some chorizo Portuguese-style, pour some wine, and you’ll share stories and memories with your new friends. It was the best.

The coastline in Lagos is way more dramatic than the coastline of the Jersey Shore where I grew up and it’s definitely worth seeing and exploring, but I enjoyed it more on my West Coast Adventure tour than while I was sitting on my towel in Lagos. It was way too crowded in early August for me since I’m spoiled by having lots of room around me on my beach at home. It was also challenging weather-wise as it was 100 degrees out but the water was too bitter to cool off for more than a few minutes at a time. If I hadn’t gone out too late in the evenings (see the next blurb) I would have tried to wake up early and enjoyed it without the crowds, but that’s something I’ll have to try next time.

Go on a Bender

It seems like Lagos is on the tourist path mostly as a party town. If you’re traveling solo or want to meet other travelers, I was told that many bar crawls start from Nah Nah Bah around 10. If you miss that, there will be stragglers in the streets who you can hang out with for a few hours once you’ve purchased your own Super Bock from the corner store. Peppers was also recommended to me for their rooftop but it was empty when I stopped by early on in the evening. Warning: It’s very easy to stay out until 4 a.m. in this town… 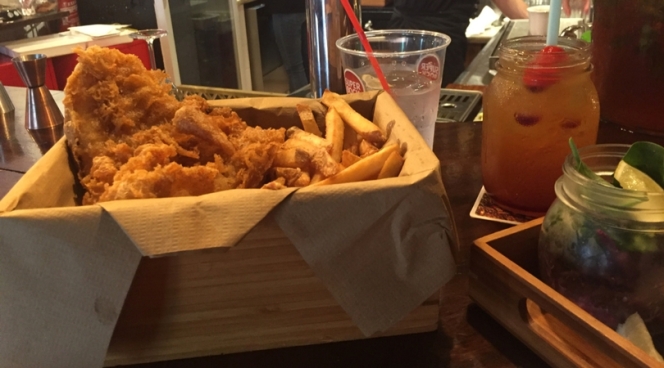 Though of course it’s not traditional, I couldn’t help but be enticed by the name of the local Fish ‘n Chips spot, Ol’ Bastard’s. I was obsessed with the fish and chips when I was in Ireland the previous week (even though I’m typically just into shellfish), so I thought I’d continue the streak. I’d intended to just get dinner, but their cocktails were insane so I had a few as I chatted with some of the regulars while finishing Around the World in 80 Days in between convos. I went back another night just to grab one more cocktail and now I have a t-shirt that says “Ol’ Bastard’s” on it that I can only wear around the house so I don’t shock the neighbors. 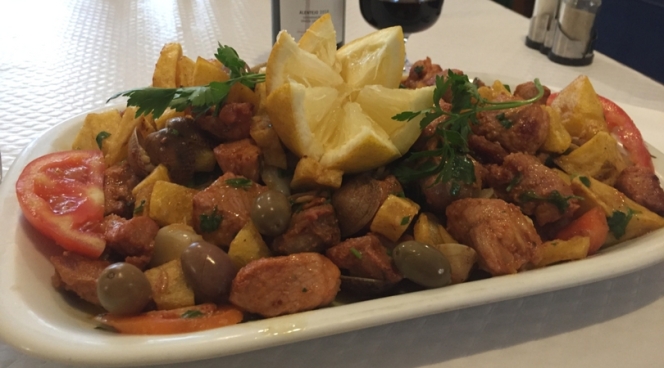 I learned a few years ago how much I love Portuguese food. When I checked into my Airbnb in the old town, my host recommended a spot right around the corner called Casinha do Petisco, translated as “Snack Cottage”.  There is a long wait – for just my party of one, I waited around an hour and twenty minutes. They have a special dish called cataplana which they’ll only serve to two people or more, but that was okay with me because it was prawn-based, and that’s not something I’ll wait over an hour for. Instead, I ordered a dish that I’d had a few times when I was in Lisbon a few years ago, clams and pork. It was way too big a dish for me to finish by myself and my bottle of wine would also have been better shared with someone else, but I tried my best.

Explore the Colonial History of the City

The winding streets of the old town make it one of the most charming places you’ll ever wander through. If your sandals don’t have good grips on the bottom, you may slip a little on the cobblestones, just a head’s up. Closer to the water, you’ll find some awesome intact colonial architecture including the Governor’s Castle and the Ponta de Bandiera Fort. If you’re into making wishes in new churches, visit the Church of St. Anthony, the Church of Santa Maria, and the Church of St. Sebastian.

Pastéis de nata are my absolute favorite Portuguese pastries, though I have to say, they know what they’re doing with all of the pastries I’ve tried there. I first wrote about them when I was in Lisbon, as they were just one of the reasons why that city is “all yellow” to me. In Lagos, I enjoyed some with a coffee at Pastelaria Gomba, a cafe that’s been open for 50 years, but you can definitely find them at many other places around town. 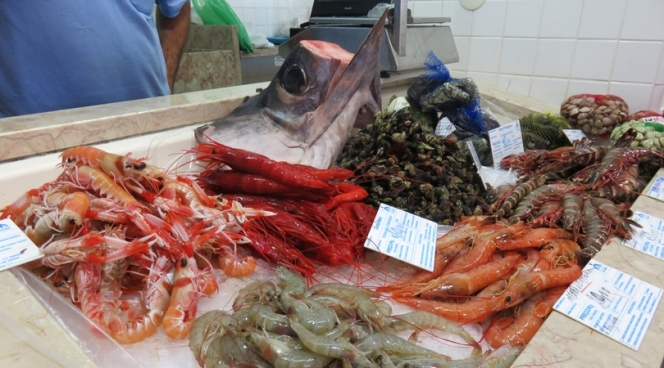 Walking through fresh food markets when you travel is a great way to experience a slice of local daily life and the Mercado Municipal de Lagos is no different. If you’re at all squeamish, definitely skip this. Some of the squid were still moving while sitting on ice when I walked past them.  The local restaurants, including my fish ‘n chips spot, get their daily catch from this market.

Get Out on the Water 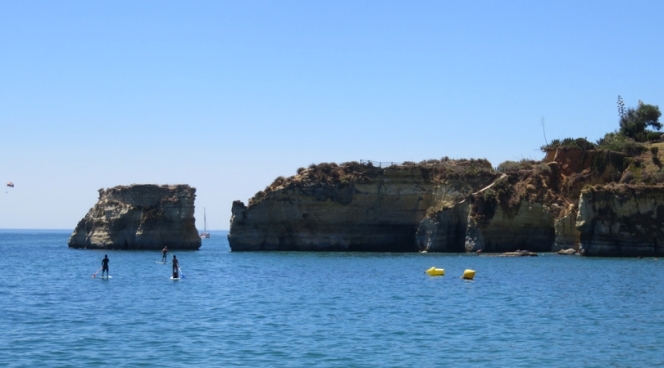 Since I had seen such incredible scenery on my West Coast Adventure Tour, I figured I’d already been spoiled with the landscape, but in hindsight I do wish I’d seen the views of Lagos from the water, too. Whether you want to kayak, use a stand-up paddle board, or ride in someone else’s boat, you’ll find plenty of spots (in fact, too many) offering this activity.