I learned a new language recently and it wasn’t easy. I took 6 months of French and I think if I went back to Lyon right now, I still might be in trouble. And that’s because I haven’t been practicing – sorry Leemore, I will have time soon!

On my first Fathom experience in the Dominican Republic, I’d worked with a 4th-grade class on their English. I loved the one-on-one interaction – getting to know a student, helping with her English, and practicing my Spanish with her as well. While I loved that day, I wanted to try different impact activities on my next Fathom trip. On our first day on the ground in the DR during my second Fathom experience, my sister and I chose Community English Conversation & Learning, speaking English with a family or a group of adults. Tourism is such a huge industry in the Dominican Republic that knowing English can be the difference between whether someone gets a job or not. 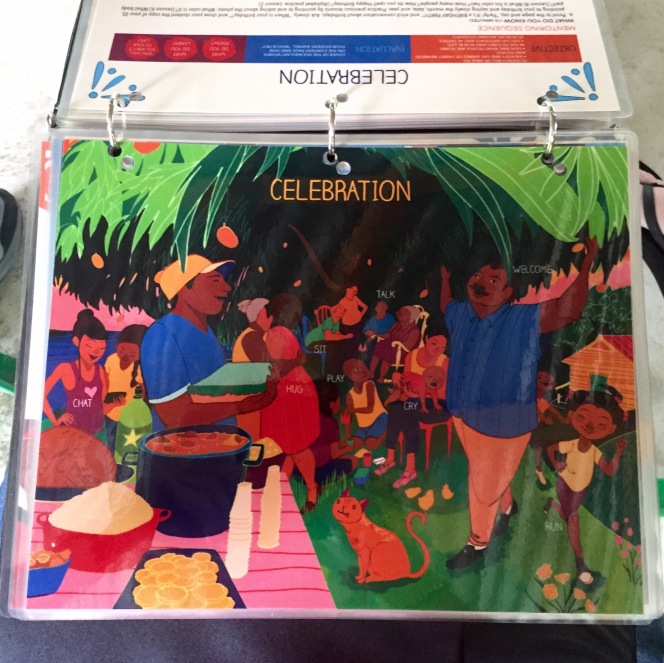 Katie and I had attended the “Empowering English Tutoring” course on the ship, where we were shown the binder the travelers would be working from. There is a lesson every other week, when Fathom travelers are in the Dominican Republic (the cruise goes to Cuba on the other weeks). Each lesson has a corresponding colorful picture with guiding questions on the back. Our theme that week was “Celebrations” and showed a scene of a backyard picnic, with labels for family members, food, and activities. Presumably, the students would have already reviewed letters, numbers, and colors at this point. Having just learned another language, I thought the tools we were given would be helpful and I could see how if they were in French, they would have helped me as well. 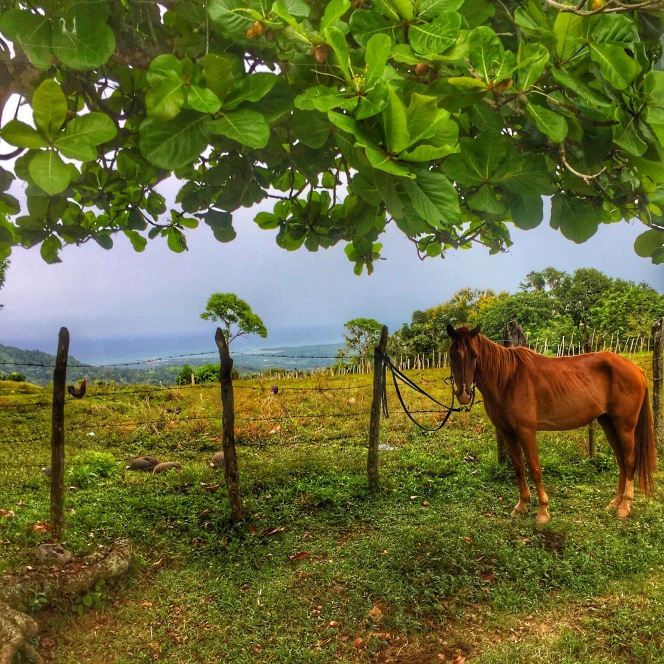 I was excited when we boarded our bus and learned that we were going the same mountain-top community where I’d worked with the children. I wondered if I would I see any of my friends from March. After a long and bumpy ride, we arrived to a community center pavilion and met our new friends. We were separated into groups and walked down the street to different homes, where we started our lessons. 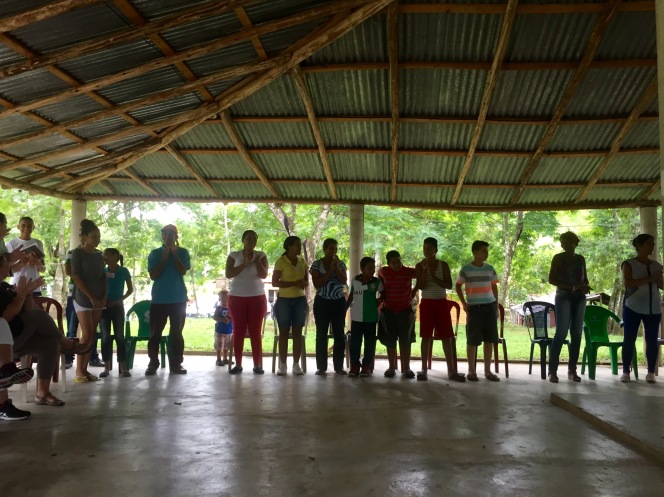 I’d been looking forward to working with adults since I’d worked with children previously, but the woman who owned the home we were in sat a young boy next to me. It was of course alright and my new friend was a sweet kid. I started the lesson as we were instructed to do, in English, saying “Today, we are going to learn about a party.” Something in the boy’s reaction told me that he may not have been to many of the lessons before, so I started speaking Spanish and explaining it that way, then saying “En Ingles…” to teach him the corresponding English words for things. If I didn’t known Spanish, it would have been much harder to get my message across.

After a few minutes, it dawned on me that if he wasn’t so confident in this lesson, we should go back to the beginning to review. We went through the alphabet and spelled out our names. We counted things and went over the days of the week and the months of the year. My friend was attentive and respectful, repeating everything I said in English, as many times as it took for him to get it. He didn’t get frustrated or annoyed, which was unlike how I was when trying to pronounce certain words in French (looking at you, “américain”).

A bit into the lesson, another young boy joined us and my first friend gained a little more confidence. It seemed the second boy had gone through all of these lessons before and helped me guide our other friend in the earlier lessons.

I would recommend this activity more for travelers who speak some Spanish than those who do not. You don’t know how much the student has learned before you get there and simply pointing at the book and saying words would be a challenging lesson on both sides. It’s important to be able to adapt as you go along.

While it would be easier on the students to have the same teachers time and time again, speaking as much English as possible will also be worthwhile. When I was taking my French lessons earlier this year, it was helpful for me to practice with friends who knew the language, and to listen to French podcasts. The influx of English-speaking travelers who are looking to become involved with the community is something worth taking advantage of.

Muchas gracias to Fathom for hosting us on the cruise. Opinions are always my own.