If you follow this blog or know me in real-life, you may be thinking this is where I finally reveal that I shouldn’t have traveled with someone to Croatia who I had just met in August in Ireland a few months earlier. After all, I have yet to even mention my Croatian adventure beyond my recaps (October, 2017, Where to Travel in 2018). But the truth is, that wasn’t a mistake. In fact, since my traveling companion and I didn’t know each other that well, it was easier to go with the flow than if we’d been traveling with people we knew for longer. And we’ve stayed friends, even meeting up in NYC just a few weeks ago.

Spending too much time in the car 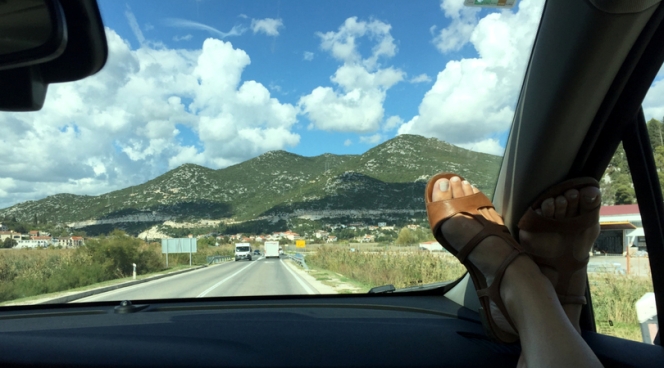 We’d rented a car that needed to be picked up and returned in Zadar so we had to go there twice. We also were both flying out of Zagreb (me back home and my friend off to Thailand), but it was also on the way from Budapest where we’d started so we needed to go there twice. In addition to these cities, we also went to Plitvice Lakes National Park, Split, and Dubrovnik.

We didn’t really know before we went just how far some of these places were from one another, so unfortunately, our 12-day trip involved multiple days where we were driving 5 to 7 hours (in addition to the buses we’d taken between Zagreb and Zadar, twice). Though the scenery was gorgeous, it all felt like a waste of time, given that more things also wasted our time (read on below). In hindsight, I would have paid extra to return the rental car somewhere else than where we had picked it up and also maybe cut out one of the destinations, though I did see value in each one.

The benefit of this mistake: Seeing more of Croatia than I would have seen otherwise.

Traveling to Croatia during the off-season

While many travel sites and experts recommend visiting Croatia during the “shoulder season” of April/May, September/October, it was a little too late in October for some of the areas we wanted to visit to be fully open. It was tough to find information about anything past September for places we’d heard about like Hvar and Korčula. So instead of island-hopping and staying on sailboats around some of the 1,200 Croatian islands, we stuck to the main cities where we knew things would be open. It was also a little colder than we expected.

The benefit of this mistake: Fewer tourists, especially in typically-packed Dubrovnik and Plitvice Lakes National Park. 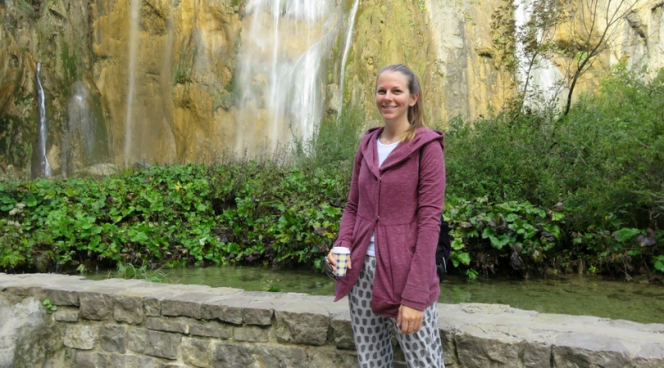 This was actually the fault of Delta and my stubbornness. The airline sent my luggage to the Dominican Republic instead of to Budapest, where I met my friend to start the trip. I didn’t get my stuff until five days in because Delta is stupid. Instead of wasting time in stores getting new clothes, we stopped in one where I bought what I considered “elephant pants”, the token outfit of a Western traveler in Thailand or Myanmar. I didn’t like the feel of any of the denim I’d found and didn’t want to buy clothes that I wouldn’t want to keep. A few days later, we determined that what I’d been wearing around were indeed just pajama pants.

The benefit of this mistake: Comfort.

My traveling companion happens to be a “digital nomad”, a term that I hate, but just means someone who works remotely from wherever, typically abroad in coffee shops and airports. I was working remote in the fall for a travel website, at that time just part-time, so I thought it wouldn’t be too hard to fit in hours. I’d also worked for the site while I was traveling in Chicago but that was a little different because I was in the same spot for more than three weeks and didn’t feel like I was missing out on exploring.

With so many cities I longed to explore and so little time in each, especially given how much time we wasted driving, the last thing I wanted to do was spend a few hours a day in a coffee shop during the times when my managers were online back in the states. It was also extremely difficult to find cafes with functioning wifi that were not pumping terrible ’80s music at the loudest of volumes. Also most “caffes” were actually bars, not cafes with one F. Out of the days we had to work, I would say we only stayed in the first cafe we found once, typically having to find two or three more before we could settle.

The benefit of this mistake: Making money while I was spending it. 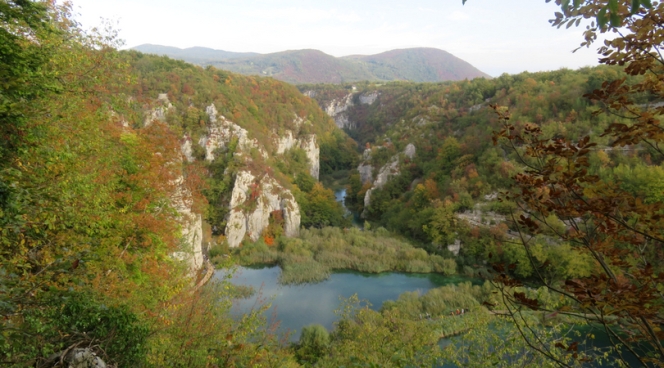 I’m not sure why my friend and I both expected Croatia to be inexpensive. It’s not quite Eastern Europe, which is known to be affordable for U.S. travelers (unless I’m just wrong about everything here) and perhaps has become more expensive because of its popularity in the last few years. And while I never say “I can only spend X amount a day”, many things I was interested in seemed to be a little overpriced for what they were, especially meals. I wasn’t prepared to pay NYC prices for food, nor was my friend, so we settled during many lunches and dinners and ate from food trucks or bakeries instead of sitting down for something nice.

The benefit of this mistake: Many quick meals we ate were actually pretty good and perhaps more authentically Croatian than anything we would have experienced in a restaurant.

And then the not-mistakes: Visiting Plitvice Lakes National Park—one of the most gorgeous places I’ve ever been, Zagreb—which reminded me of Prague, the sea organ and the sunset in Zadar, meeting up with my former coworker in Dubrovnik when I saw he was in Montenegro, driving through Bosnia-Herzegovina without knowing we were going to on the way to Dubrovnik, wasabi peanuts and cold cappuccinos, accidentally ordering 50 tiny sardines for dinner one night, me driving for the first time abroad, and mostly going on just one more slightly spontaneous adventure before settling down. But I’ll write more about all those not-mistakes later.